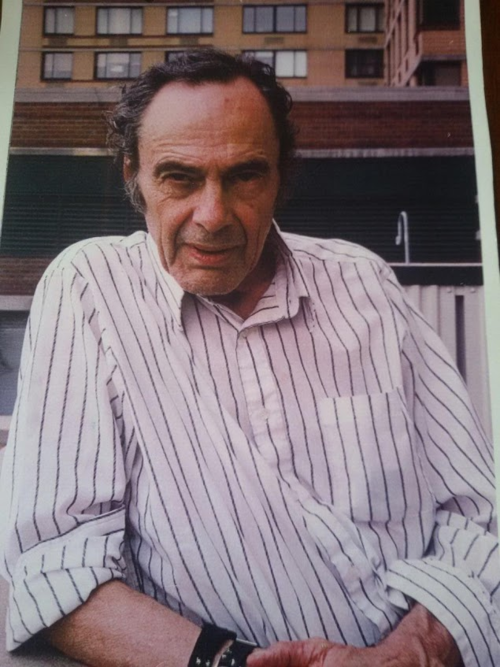 One day, he slipped into the University of Chicago’s student counseling center, which was then directed by the legendary humanistic psychologist Carl Rogers. “I didn’t belong there,” recalled Gendlin in a 1981 interview. “I sneaked in and pretended I was a client,” thereby gaining access to written materials on psychotherapy. Gendlin found himself spending more and more time at the counseling center, talking at length with Rogers and reading deeply in the theory and practice of experiential and client-centered therapies. Increasingly fascinated by how people heal and grow, he applied to Rogers’ psychology practicum and began training at the center as a psychotherapist, even as he continued his philosophy studies.

Within a few years, Gendlin and Rogers began to collaborate on studies of thousands of therapy clients, with the aim of identifying the elements that correlated with successful clinical outcomes. As they analyzed the tape-recorded sessions, they noticed an intriguing pattern: the clients who made the most improvement made direct contact with their here-and-now bodily experience in the course of a session. The studies further found that when individuals paused and accessed a bodily sense, they could then speak of thoughts and feelings that had previously been outside their awareness. Gendlin coined the term felt sense to describe the deep, preverbal knowledge that’s embedded in the body and can set the stage for emotional healing. Over the next several years, he formulated a model for accessing and productively working with that felt sense—a practice he’d call Focusing.

When I tell people about my Focusing practice, some say, “Oh, it’s like mindfulness meditation.” In some ways, it is. Focusing and mindfulness practice share an emphasis on being in the present moment, making contact with one’s body, and accepting whatever emerges. But while mindfulness meditation has taught me to observe those sensations and then return to my breath, Focusing invites me to dive into whatever I’m struggling with and stay a while. As Gendlin said in a Networker interview, “The mindfulness I observe in America is a good thing up to a point. . . . But the mindfulness that I see practiced is like sitting at the head of the stairs forever: ‘Oh, I see anger; oh, I see impatience.’ And I say no, go downstairs with your attention. You go right downstairs into your belly and your chest,” where, he believes, you discover treasure: the dammed-up, choked-off places that need your attention. Speaking of his work with psychotherapy clients, Gendlin said, “I don’t have to figure out why they’re stuck. I have to make connection with the stuck so that it moves. The worst kind of stuck wants to move forward.” Focusing is a way to facilitate that liberating shift, allowing “life to open up for us.”